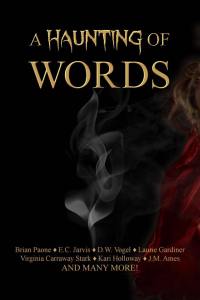 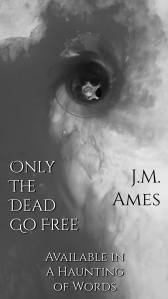 The shower’s hiss behind me competes with the roaring inferno raging down the hallway. Breathless and without thought, I gaze with lifeless eyes into the bathroom mirror. This gore-drenched nightmare of a witch is no longer recognizable. What have I done? What was the lesson here? I never wanted this.

‘Only the Dead Go Free’ by JM Ames, part of the anthology A Haunting of Words by Scout Media is now available worldwide in paperback and a variety of eBook options. There are several ways to order, each with a different set of perks: 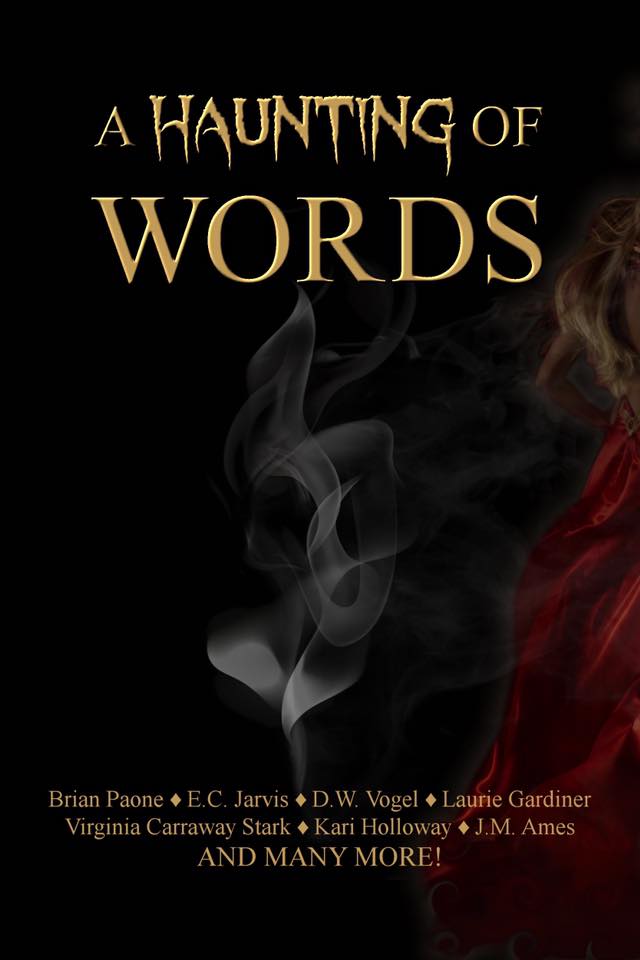 Includes ‘Only The Dead Go Free.’

“Only The Dead Go Free by J.M. Ames is…gosh, where do I start with this one? Even the title is messing with my mind! This story is darker than Vantablack and so gory it makes The Silence of the Lambs look like Anne of Green Gables. It is a mindbending horror story about a house steeped in an ever-returning circle of bloodshed. While it overdoses a little on blood and gore for my personal taste, its quality is undeniable: the build-up, suspense, sharp bends and twists are exhilarating. And, at its heart, you have the emotional catharsis of a troubled mother’s struggle to protect her child.”

“I don’t read gory stories normally, but yours was especially well written. Loved it!”