2015’s installment, A Matter of Words, includes 21 authors who were allowed to write about any topic or theme. I am not included in this anthology, but I do own it, have read it, and love it!

2016’s installment, A Journey of Words, includes 35 authors who wrote short stories centered around a journey or traveling.  This includes my first publication, ‘The Last Ride.’

2017’s installment, A Haunting of Words, includes 30 authors who wrote short stories centered around a haunting or interactions with ghosts. This includes my horror rock fiction short ‘Only the Dead Go Free.’

I now have all but Beach Reads: Lost and Found in stock and ready if anyone wants to purchase a signed copy of those directly from me.

I will have Beach Reads within a month, or you can come get a signed copy in early May if you will be in the Southern California area for our official book launch. Email me for details.

The purchase links for the first three are set up on my site already, the last two will be up soon. If interested in purchasing any of those, please reach out to me.

I am quite happy to report that my sci-fi short “Endless Skies” is slated to be published in Scout Media’s anthology A Contract of Words in Spring of 2018! This is the around the same time that my short “Blind” will the published in Third Street Writer’s anthology Beach Reads 2:  Lost and Found. Busy Spring! 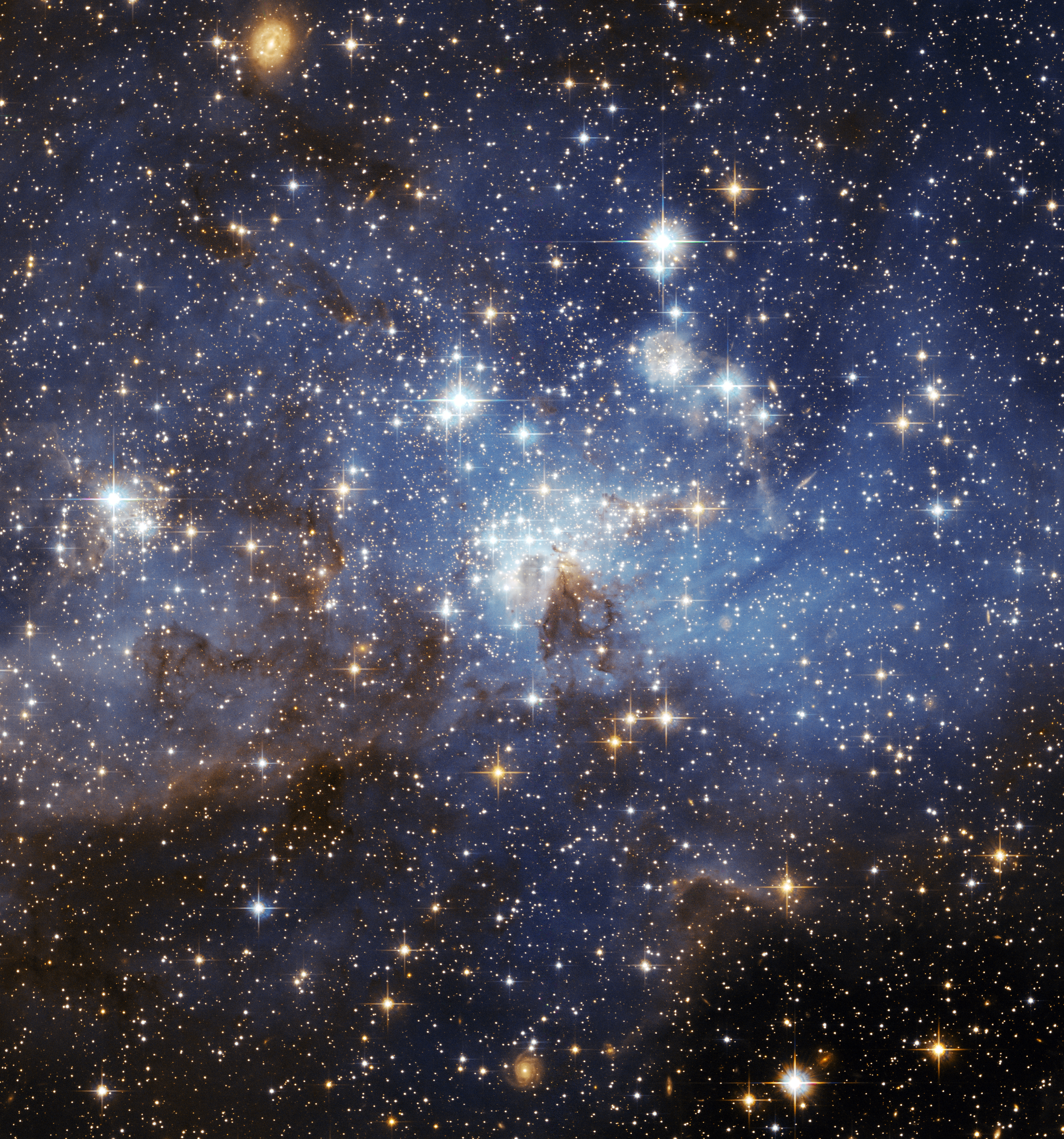 The website is now mostly done – poke around and let me know what you think! There will still be a permanent new logo in the near future, and I think I will add a couple more pages – one for upcoming collaborations and another for upcoming novels.

Lastly, I am throwing out there a friendly reminder that whiles sales are awesome, so are honest reviews on Amazon and GoodReads. Any and all support is always very much appreciated. 🙂

Peace to you all,

Hello Folks! The website will be undergoing  some construction over the next several days, possibly weeks, so if you see things changing or not working properly, that is why (but if something is broken for more than a day, please do let me know!).

For now, I’ve updated the banner, added a page for completed works, which now has links to all three currently published books, including Mirrors & Thorns, finally (long overdue!).

Next up is a Coming Soon! page for works for which a contract has been signed, but are not quit available yet. My story “Blind” fits the bill here, to be release in Beach Reads 2: Lost and Found, in March 2018.

Third will be an On Market page for completed works which I am currently marketing out for a home. “Endless Skies” and “Thankful” fit the bill here. Both have been submitted to publishers, but no contract offerings yet.

Fourth and final is a Work In Progress page. I won’t list all of my WIPs here, as many never see completion, but it will provide details on ones near completion. “Not Yet Dark,” “The Californian,” “Waves,” and I am happy to say “Phil” will finally be detailed here. There are plenty of other stories I am working on, including a couple of collaborative works I am very excited about!

As I get closer on my novels, expect pages on them to appear as well.

I have a professional Logo Designer hard at work and revamping the official J.M. Ames Logo, so that should be up soon, too.

For this sixteenth episode of Writer’s Spotlight (and 100th blog post on my site), we have Harry Novak – a newer member of the Scribes’ Circle whom I have gotten to know over the past few months. Harry’s writing is sure to give you goosebumps, especially when read alone, in the dark of night.

What names do you write by?
Harry Novak

Give us a short introduction to you.
I’m  a 32-year-old nurse working in psychiatry and living in Yorkshire with my wife and children.  I grew up in the West Midlands are of England but I have lived in Yorkshire for nearly thirteen years.   As well as writing I love music, rugby, and films, as well as a thirst for real ale!

How long have you been writing, professionally and/or as a hobby?
I started in my early teens but then stopped until after the birth of our first child over five years ago. I had been meaning to do it for some years and, after a visit to the stunning Runswick Bay in North Yorkshire, I decided it was about time.

In what genre(s) do you write?
Primarily supernatural/horror, trying to dabble in sci-fi and thriller.

Do you outline your stories ahead of time, or do you let the story grow as you write?
I let it grow, each to their own, but outlining feels unnatural to me.

Which authors have influenced and inspired you the most?
Dozens, but if I had to pick I’d say Terry Pratchett, Stephen King, MR James, James Herbert, Henning Mankell and Nathaniel Hawthorne.

Do you write in other ways, such as poetry, songwriting, technical articles, etc?
I have written poetry and an article for a nursing magazine, as well as co-authoring a chapter for a nursing text book.

How has your life experiences affected your writing?
Heavily, both positive and negative as well as downright odd.

What scene that you’ve written has moved you the most, and why?
The penultimate scene for my short story Missed.  It’s supernatural but revolves around male suicide, something I feel very strongly about.

Beta Readers – Yes or No? Why?
Yes, they’re absolutely essential.

What inspires your story ideas?
Life experiences, history and folklore.

Do you belong to any Writing Groups?
Fiction Writing, The Scribes Circle and Writing Without Drama.

Tell us about all of your works in progress (include your favorite snippets).
I’m currently writing a novel about a British psychiatric nurse living in self-imposed exile in Salem MA.  He’s partly based on me but also on a book and tv character called Inspector Morse.  I’m also writing a dystopian sci-fi novel set in a future where the genetically enhanced rich rule with terror over a subjugated working class.  A favourite part of my novel so far is when my MC reflects (but not in too much detail) on the reasons that drove him to flee the UK and hide in his own loneliness in the USA.

Have you been published?
My short story, An Unfortunate Lift, was published in A Journey of Words.

How can readers follow you?
I have a facebook page named Harry Novak.  Due to work and home pressures, it hasn’t been updated in a while!

Is there anything else you want readers to know about you?
Just that I write from the heart and I hope they enjoy what they read.

Thanks, Harry, for taking the time to share a little piece of you with us!

In anticipation of receiving A Haunting of Words in stock for direct sales, I have ordered a fresh batch of the classic A Journey of Words bookmarks, as well as new bookmarks for A Haunting of Words, and brand new business cards. One of each come free with every purchase of either signed anthology direct from me.

A Journey of Words continues to get strong reviews on Amazon. 14 reviews so far, with an average of five stars. Here is on of the latest, which mentions my story, The Last Ride, specifically:

Having finally finished what I started nearly a year ago (life happens), I’m happy I bought the paperback. The story I enjoyed the most was Carl Jenkin’s Jurassic Station. I could read that story over and over again. There were two that stunned me as much as filled me with awe: EC Rohm’s Secondhand Doll and J.M. Ames’ The Last Ride. Both were written perfectly for the journey taken at heart. William Thatch and the Highway made me smile as we follow a stray, and SW Anderson, The Last Human, left an impression. What more could anyone ask for in a collection based on a single theme and not a genre? There literally is a story for everyone among these pages.

Do you have your copy yet? If not, stop on by my main page and but a copy! If you already have one, why not leave an honest review on Amazon?

A Journey of Words continues to get 5-star reviews! Have you read it yet? If not, go to my home page and purchase a copy. If so, why haven’t YOU reviewed it yet? 🙂

Here is one of the latest reviews from Amazon. Although she slightly misspelled my name I am very grateful for the praise.

5.0 out of 5 starsThis book is a good substantial book

Format: Paperback
When I ordered A Journey of Words, I had no idea what to expect. I certainly did not expect the massive anthology that arrived in the mail. This book is a good substantial book, plenty for many morning reads over coffee, or a short story before bed at night. All of the stories are well-written and creative, and the anthology as a whole features a diverse range of stories, so that there is something for everyone. I loved starting a story and never knowing what I was going to get.

Laurie Gardiner’s story, “Retribution,” still haunts me, months after finishing. It was so wonderfully written, that despite not wanting to know what happened next, I had to read on. J.A. Ames’s “The Last Ride,” I could not get through without a box of tissues. “The Open Road,” by M.R. Ward was a great example of good, true horror – the kind of story I want to read by flashlight while camping or on a stormy night. “Ants of Uranus!” by Randy Blazak was delightfully weird and creepy in the best possible way (I’ll never look at coffee grounds the same again). And I got completely caught up in the lyrical style of Andrea Barrios’s beautifully written “Conversations with the Serpent.” I find myself wanting to give mentions to all of the stories in this wonderful anthology.

It is an anthology I will return to, to revisit stories from time to time, and it is one I would recommend to friends.

Did you know you can order A Journey of Words in a variety of ways? You can order directly from me here, from the publisher Scout Media here, or from all major online retailers, including Amazon and  Barnes & Noble. You can order the paperback or a variety of eBook formats.

If you have read it, why not leave an honest review of the book? Amazon and Goodreads are both great places to leave such reviews.

Folks, you can now order the 5-star-rated A Journey of Words paperback on Amazon here!

Before you order from Amazon, you should head on over to my website to see the different options you have – they each have different perks and prices.