For this lucky thirteenth episode of Writer’s Spotlight, we have S. M. Palola – another member of the Scribes’ Circle whom I have gotten to know well over the past year. S.M. is a talented and incredibly intelligent writer who is also an avid animal lover. 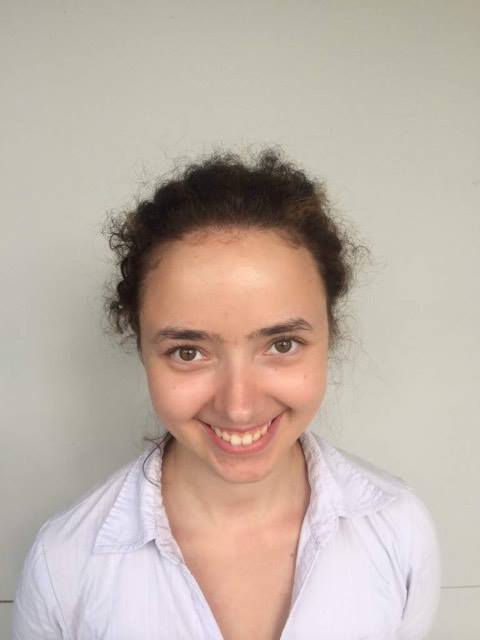 What names do you write by?
S.M. Palola and Lempi Lemmetty

Give us a short introduction to you.
I’m a 26-year-old young woman who lives in Finland with her fiancé and two dogs. I study at the Helsinki University and fluently speak three languages. My hobbies are judo, pole dancing and my dogs. Reading and drawing, if I have time between my studies.

In what genre(s) do you write?
Mainly fantasy, though I am not opposed to other genres either. Under Lempi, I write erotica.

Do you outline your stories ahead of time, or do you let the story grow as you write?I used to let the stories grow as I wrote, but with all the stuff I was serious about and wanted to make a novel, I always hit a wall at some point. Nowadays, I try to write a general outline where I have a beginning, sort of a middle and an ending. The beginning and the ending are the most important parts of the outline for me. If I don’t know the ending, I will hit that wall and of there’s no beginning, there’s usually no story to begin with. Within that beginning and the end, I let the story take me where it wants to go.

Which authors have influenced and inspired you the most?
Margaret Weiss and Tracy Hickman got me into the fantasy genre. They got me into reading in general, which then turned into an interest in writing. The Lord of the Rings was an amazing book to read as a teenager, but I think even more than Tolkien, my writing style has been influenced by Robin Hobb, the author of the books centering around the Realm of the Elderlings.

Do you write in other ways, such as poetry, songwriting, technical articles, etc?When I was a teenager, I wrote lots of poetry, but I don’t do that anymore. They don’t flow the way they used to. Other than that, I write academic essays because I study at a university. Right now, I’m working on my Master’s Thesis.

How has your life experiences affected your writing?
Mental illness and my sexuality have influenced my writing quite a lot. They are themes I include and try to represent in what I write as they are important to me and others. I am actually working on a short story collection centering around mental illness.

What scene that you’ve written has moved you the most, and why?

Beta Readers – Yes or No? Why?
Absolutely. An author becomes blind to their own writing, which makes beta readers and important part of writing professionally. They will see things you never would’ve thought of being a problem in the first place. Last semester, I was in a creative writing class. We read each other’s writing every week and critiqued it. One of the things that struck most in the critique I received was that I forgot to describe my main characters. They’re looks were so obvious to me that I didn’t even thing of describing them to my readers. These are the things you don’t catch as a writer when you read your own work. And when you have multiple people reading your work, you can sum the main problems and the rest are more up to your own taste.

What inspires your story ideas?
I don’t even know. The novel I’m working on I began back in 2003. It’s the first serious thing I began working on and I want to finish it. The rest simply comes out as ideas that pop into my head. Or I read an intriguing prompt or a picture inspires me to write a story.

Do you belong to any Writing Groups?
I belong to the Scribe’s Circle.

Tell us about all of your works in progress (include your favorite snippets).
Where do I start? I have many WIPs and it would take ages for me to go through all of them. That’s why I’ll talk a little about We Are the Snow. WAtS is a short story collection and a photography book as well. It will be about dogs up here in the North, be it northern breeds or just dogs in wintertime. All photography is taken by me and displays dogs in snow. All I need to do is write the stories, get them edited and select and edit the photographs. Some of the stories are done an only need edits.

Is there anything else you want readers to know about you?
I love ice tea!

Thanks, S. M. , for taking the time to share a little piece of you with us!